imam Musa Sadr: A Symbol of Resistance and Vanguard of Interfaith Dialogue 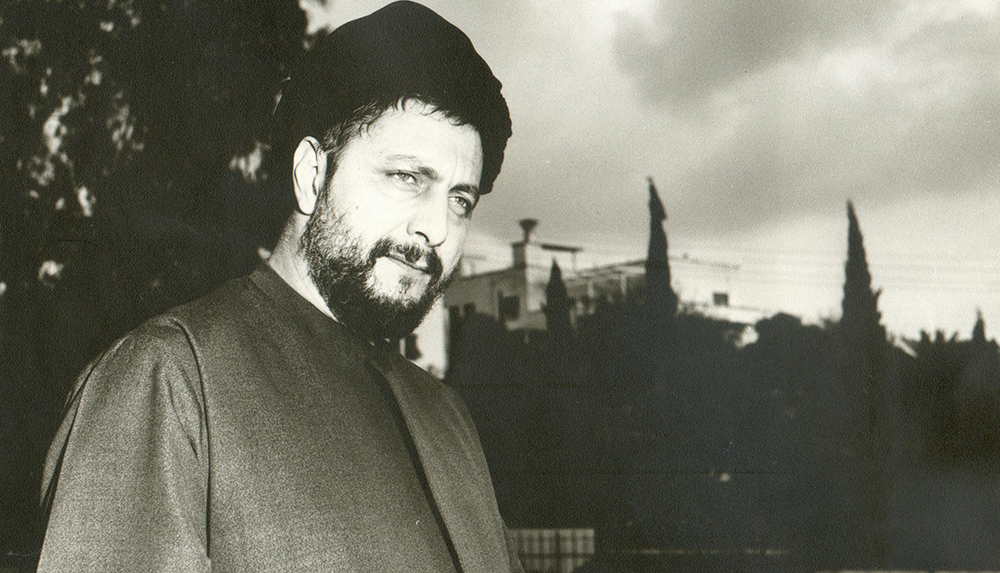 Exactly 30 years have passed since the kidnapping of Imam Moussa Sadr, founder of the resistance movement against the Zionist regime and leader of the Shiites in Lebanon. Efforts to decide the fate of Imam Sadr have not produced any positive results so far.

This issue has kept a number of countries including Iran, Lebanon, Libya, Italy and Australia preoccupied for many years. Imam Sadr launched extensive activities in Lebanon for the cause of unity between various tribes and for elimination of differences and was known as a symbol of tolerance and persistence.

Imam Sadr was kidnapped by an unknown group on his way from Libya to Italy in August 1978. The Islamic Republic of Iran has conducted broad talks with Libyan officials about the fate of Imam Sadr but no tangible results have been achieved so far.

The following article tries to present an appropriate outlook about this prominent and influential personality in Lebanon and the region.

Here we will refer to the character of Imam Moussa Sadr in order to explain the concept-model elements and for applied display of the model. Our effort is aimed at regarding the most appropriate description for each and every prominent event in the social life of the Imam. Obviously, there are numerous proofs which are not merely connected to just one explained description but to three of them. For instance, the creation of a region as a shield for South Lebanon against Israel is undertaken with regard to three features: ethics of national economy; logic of national economy; and freedom of national economy.

In the following columns, we will explain the 27-account description:

Regional Political Logic: Settlement of differences between Egypt and Syria through formation of the Riyadh Conference in the presence of heads of state from Saudi Arabia, Egypt, Syria, Kuwait, Palestine and Lebanon in October 1976 followed by an Arab Summit in Cairo a week later attended by all Arab leaders, is an important aspect of this account.

Regional Political Freedom: Commemorating Dr. Ali Shariati, a committed Iranian intellectual and sociologist despite the negative attitudes of the detested former monarchial regime in Iran. The presence of political and cultural figures from the region further added to the political significance of the event.

National Political Logic: Staging a hunger strike in June 27, 1975 at Amiliya Mosque in Beirut to stop the civil war and help form a government.

National Political Freedom: After addressing the closing ceremony of the Christian fasting sermon at a church, he said in an interview: “If Israel had not resorted to sedition I would invite the Maronite Bishop Khoraish to deliver the Friday prayers sermon.”

Tribal Political Ethics: Accepting financial aid from the Christians as well as the Christian mayor of Zahla to build a Husseiniya (Muslim religious site) for the Shiite minority residing in Zahla.

Tribal Political Logic: Reconciling Christian and Muslim dwelling villages and halting bloody clashes. Reconciling two Christian villagers which had been engaged in fighting for years, under conditions that Christian leaders had failed to forge mediation.

Tribal Cultural Logic: Despite full confidence in moon sighting scientific methods he would never announce his view as a religious fatwa (ruling). He would rather forward his view to intellectual religious conferences of the Islamic world as a proposal for consideration by Muslim jurists.

National Cultural Ethics: One could realize the manifestation of this issue from the remark made by the renowned Austrian priest Franz Konig: “The history of Lebanon must be divided into two chapters: the era before Imam Moussa Sadr and the era after Imam Moussa Sadr.”

National Cultural Logic: A prominent sign of this issue can be seen in his statement that “Tribes are a blessing but tribalism is a menace.”

National Cultural Freedom: The speech made by Imam Moussa Sadr in May 1966 on the 7th day of demise of the late Kamal Marva, a prominent Lebanese journalist and license-holder and managing director of Al-Hayat daily under the title of “safeguarding freedom would be impossible unless through freedom” can be regarded a symbol of this account.

Tribal Cultural Ethics: The memory of the Christian ice cream seller has been registered as a practical measure in refuting a juristic deviation and correcting job rivalry ethics as well as mutual respect and essential coexistence between Muslims and Christians in the history of interactions between the two religions.

Tribal Cultural Freedom: Holding ceremonies to mark the feast of Mary (by Lebanese Christians) at the Husseiniya of Shaqra village alongside and concurrent with all the Christian citizens in Lebanon. Another case was his address at the closing ceremony of Christian fasting sermon at a church.

Imam Moussa Sadr, within his strategy to develop the Shia tribe as well as building a balanced society and also to counter the aggressions of the Israeli regime believed in all-out development of South Lebanon. However, the negligence of the central government coupled with political feudal policies to keep the Shiites underprivileged as well as restricting legal and financial factors helped perpetuation of deprivation and under-development in South Lebanon.